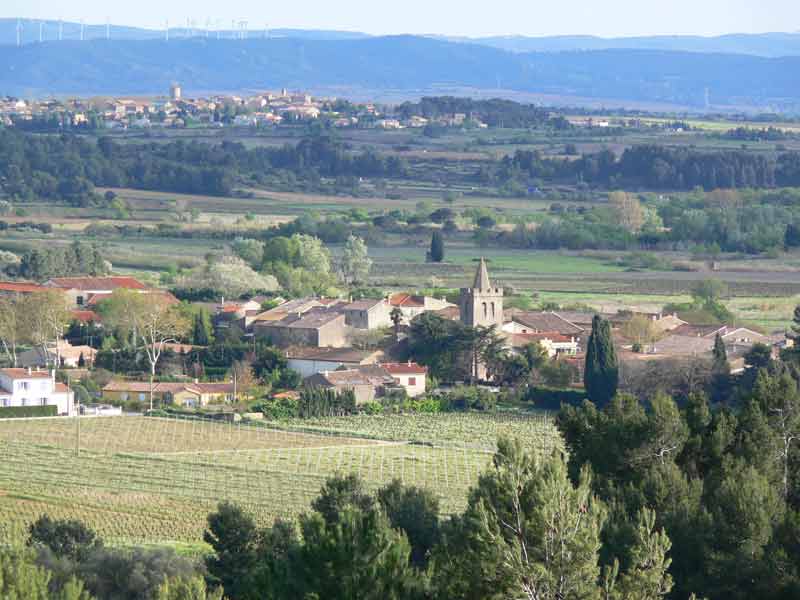 Warm Sun - the village of Mailhac, Aude, Languedoc as seen from the walk to the "Boun Marcou" dolmen.

Mailhac is close to the village of Bize Minervois, and often has good sized vide greniers. This medieval circular Caroligian village, has at its center are some good looking medieval houses and the church however seemingly dates back to the 5th century with a Romanesque tower. On the road to Bize is what was the St Joseph convent, where sisters taught poor girls, that was bought by Odette and Jean Taffanel as a museum. Sadly it is owned by the French state, and is closed. It was to contain archaeological items from the immense graveyard and oppidum at la Cayla. Indeed here, one can also see the remains of a first century aqueduct that fed a Roman villa.
8.00 pm April 4 2011 (72F 22C)
A page for contemplation and inspiration from the South France Guide