Since the days of prehistory, La Caunette, has provided shelter, and a place called home. In the beginning, men and women found protection in caves in the cliffs that surround the village. Close by at La Garrigue there are remains of a Dolmen, not marked on the map. 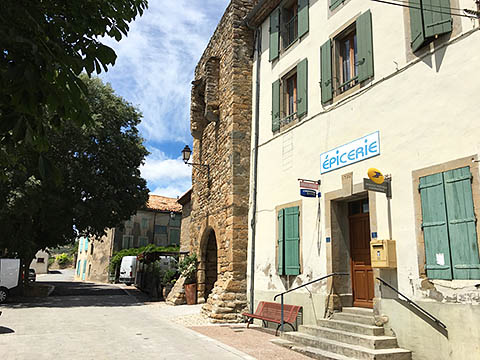 La Caunette, overlooking the river Cesse on the road to Minerve

Later during Roman times, there were a number of Roman villas, supplied by a roman road that passed by the village. One villa was noted in 936 as Cauneta Villa. During the wars against the Cathars that La Caunette, near Minerve, was fortified, and this can be seen today as "La Carambelle" with it "porch" or entry gate dating from the 13th century. With the old chateau - Château des Pardailhan to its side (before the French revolution - the chateau included 45 hectares of land (30 ha of fields, 9 ha of vines, 4 ha of olive trees, 3 ha of woodland). The village also had a number of passages into the rocky hillside.

The church "L'Eglise Notre-Dame de L'Assomption" was originally a much smaller Visigothic church, and in its present state (much renovated over the years) was built during the 11th century at the same time as Saint-Etienne at Minerve. After the establishment of the Bishopric of Saint Pons, the church in La Caunette, came under its influence. La Caunette, like much of France suffered under the 100 year war, and the wars of religion. The chateau was attacked by the protestants in 1587, and 1590. L'Orme de Sully Henry IV in 1583 made an order that seigneurs were to plant elms to provide shelter from the sun, rain, in villages all over France.

In 1593 an elm was planted in La Caunette at the entrance to the fortified gate of the old village (La Carambelle). The elm survived for 400 years until 1985, when it was unable to be saved from the rigors of disease and old age. A new tree was planted in its place - opposite the Restaurant La Cave, and now is a grand youngster, who provides good shade in the Summer. 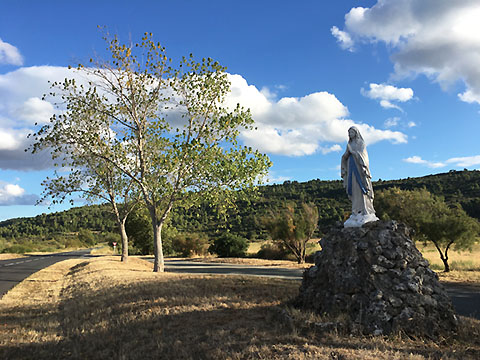 Population and the village.

In 2007 there were 176 male inhabitants, and 148 women inhabitants. However in 1886 there were 539 inhabitants - which including those of independant means, also a cobblers/shoemaker, dressmaker, hotel owner, fabric salesman, café owner, mason, domestics, pig trader, farmers, -- 151 houses, 171 households. 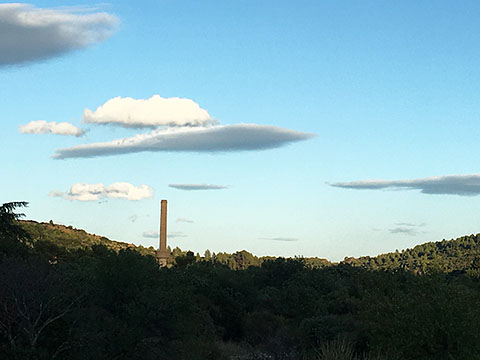 As early as 1658 brown coal or lignite was being mined at La Caunette. In 1788 the Baron of Pardeilhan, used the fuel in the production of Eau de Vie, dyes, and for military hospitals. Another mine in 1793, Champ de Bastide, had good coal that was sent to Montpellier for staining cotton in red.


By 1933 2 buildings were built for the distillation in what is now the area where the large chimney can be seen in La Caunette. During the Second World War, the mine was used to create fuel for the German military. By the early 1950s the lignite mines were closed down. 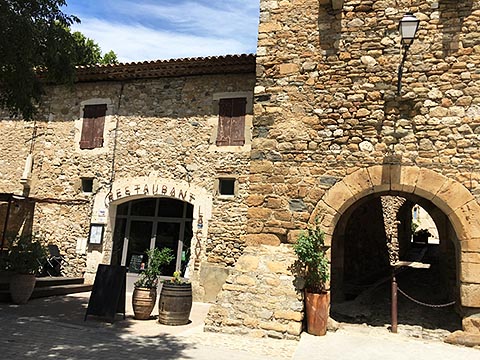 Village center with post office with village tree on the left 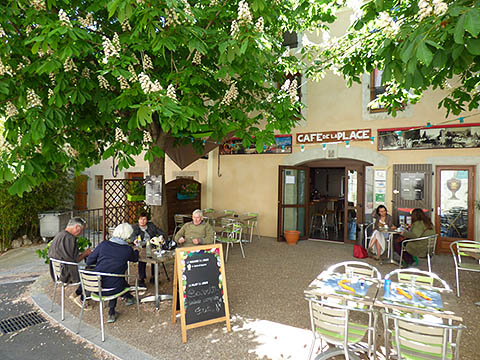 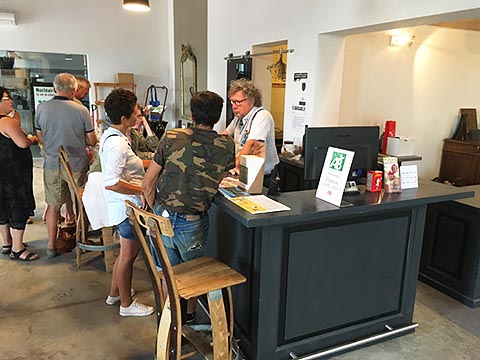 
The pretty village of La Caunette, is found just off the road to Minerve or Saint Pons, in the Minervois, just north of Narbonne, between Beziers and Carcassonne. There are two restaurants to feast the hungry and thirsty wayfarer, local or holiday maker. La Cave, run by 3 sisters, whose father was a recent mayor of the village, and create excellent family dishes. And Cafe de la Place that is known for its steaks and pizzas - both good food, with excellent salads, in a cheerful dining area, with outside terrace. Both restaurants and the village throughout the year stage music and dining events - where music and dance and just fun come hand in hand. 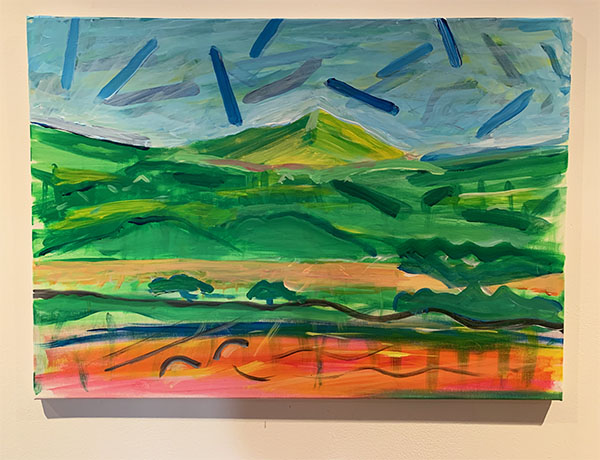 ACROSS THE RIVER. ACRYLICS ON CANVAS.