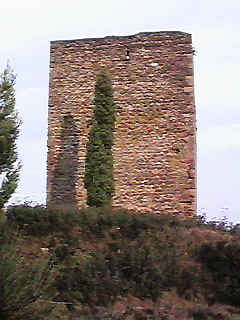 At every turn in Languedoc there are castles, towers, abbeys, churches. On a slight hill near the village of Escales, close to the Canal du Midi and Lezignan, is such a sight. Ruined towers are put on the earth to be climbed up to, rather than their previous use as defence for the country.

I suggest anyone seeing a tower, ruined castle, take a path and enjoy the fruit of views of vineyards, the beautiful cedars, the walnut and fig trees, that are at each turn of track 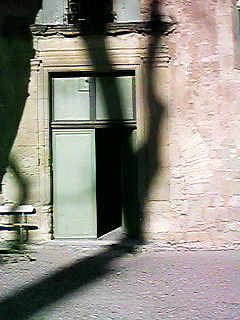 Just off the main road from Montpellier to Beziers, is Valmagne Abbey, which boasts both magnificent architecture and wine. As is often the case in visiting these historic masterpeices - one spends often some time before getting the next guided tour waiting under the boughs of some grand tree taking in the sun and shade, and enjoying features that would otherwise be overlooked.