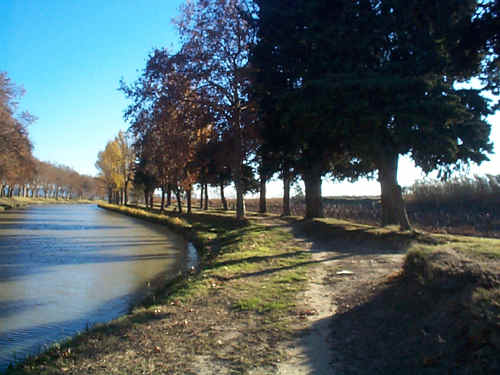 The Canal du Midi has a magic that can be relished by walking along its banks. The sunlight sparkling on the trees, reflected in the golden browns of leaves of vineyards in the process of pruning. The smell of wood or leaves burning. The white blankets of small flowers smattered between the rows of vines. The air fresh. Light both clear and hazy against the distant hills and snowcapped Pyrenees

Take a vacation rental nearby with Home France.
Or how about buying a house?