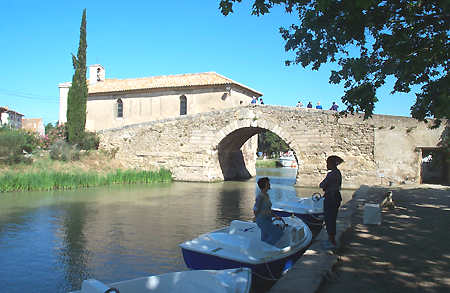 Le Somail, could be called Riquet's utopia -as many of the buildings were built at the same time as the canal, under the tutelage of Paul Riquet. Now the small village is busy with restaurants that abound along the banks, as well as a number of art and craft shops, a very large second hand book shop, and a hat museum!. It is a short trip from Narbonne or the Mediterranean beaches - and walks and picnics along the canal are inviting.