Bull Fighting at the Feria in Beziers 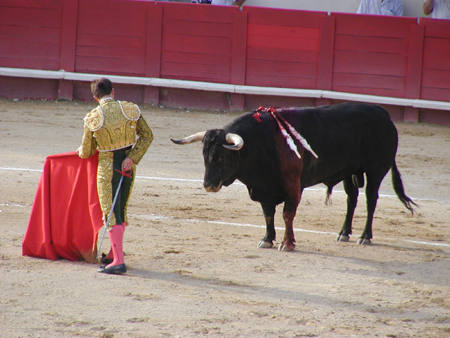 Bull fighting is not one of most popular of sports, and is being phased out - but it is at the centre of the celebrations of the Feria at Beziers - and is not to be missed. The stadium was fully packed, and seats had to be booked in advance. A live orchestra provided music where it was needed. But the music stops honourably during the main dances of man and beast. A silence reigns the stadium appropriately, with the skill of the matador applauded. Afterwards the streets, the squares, private gardens, courtyards, are full of people enjoying themselves, with endless tables of food, music and entertainers from all over the world, private and public parties that seemingly go on for days.

If you are in Languedoc in August - You must visit the Feria!