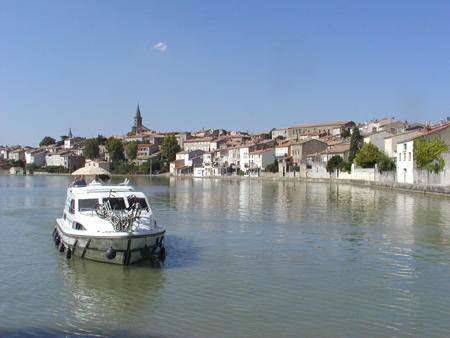 For hearty appetites, Castelnaudary, once capital of the Lauragais region, is a good place to be. Its well know for "Cassoulet" a tradition dish made of a variety of meats baked with beans - and they do have a festival to celebrate it.

As a good complement - a visit to the Grand Bassin, which feeds the five locks of Saint Roch on the Canal du Midi - provides so lovely views of the town, as well as various boats touring the canal system.

For the more intrepid, a walk around the old quarter does not go amiss, with a number of 16th-18th century houses, including the Présidial, a former law court, constructed on the orders of the Queen of France

What is the climate in this area of France?