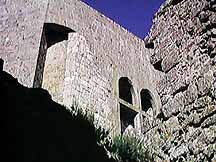 Visit this spectacular castle atop a mountain peak for glorious views across deep valleys, to the distant Mediterranean. This castle that became a stronghold of the oppressed Cathars, is a must see for anyone visiting Languedoc.

On the Canal de la Robine, near Narbonne South France Guide Photo of the Week - September 24 1997 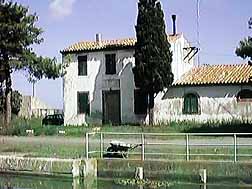 Many of these lock keepers houses are empty on the Canal du Midi, and many have been bought up or leased. This one, is on the Canal de la Robine - an offshoot of the Canal du Midi, that runs through Narbonne and runs parrallel to salt flats, and beaches. The house is opposite a wild life reserve, and is a fond place for fishermen, and walkers who stop in the nearby shade to beat the heat of the sun.

Advertise on the France guide!