Visit Amphoralis, walk along on the Canal de Jonction, that goes from the Canal du Midi down to Narbonne,
and Port La Nouvelle, and the Mediterranean. Follow how the Roman pottery sent its goods to Rome!

Salleles d'Aude, is an intriguing and pretty village on the Canal de Jonction, that connects the Canal du Midi with the Canal de la Robine that goes through Narbonne, on to Port La Nouvelle, on the Mediterranean sea.

The Canal de Jonction, follows the course of what was a waterway used by the Romans to transport amphora pottery from what is now the living Museum of "Amphoralis". Pots to carry wine, as well as ceramics for plates, were created here, since 30 or 40 BC, as well as bricks for construction. From here, the pottery exported to the Roman world, via Narbonne.

When the construction of the Canal du Midi was completed by Riquet in 1681, there was no direct link with Narbonne. So as a partial answer Vauban constructed the Canal de la Robine, following the abandoned course of the river Aude, between Narbonne and Moussoulens. At Moussoulens, goods were transported by land to Le Somail (which at that time was considered to be the port on the canal for Narbonne).

This grand waterway, is bordered by dominant umbrella pine trees, and then by fine Plane trees, that are being carefully maintained by the village of Salleles d'Aude. The canal is splendidly wide at the village making it possible for the larger canal peniches to turn round with ease. Striding the canal is an Eifel style foot bridge, which is pleasant to cross. 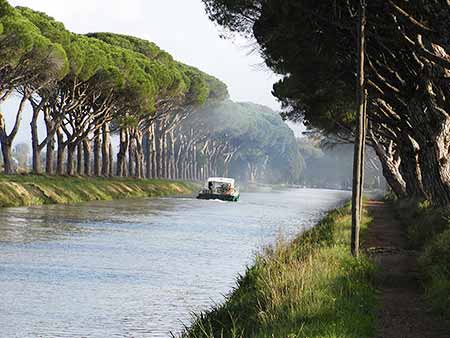 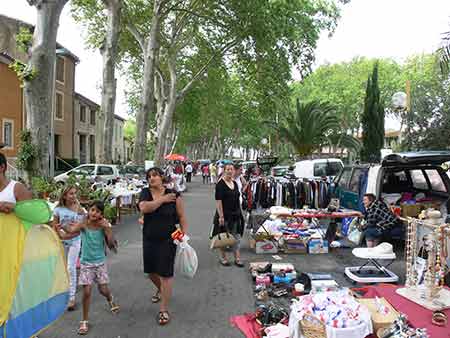 Vide Grenier along the banks of the canal

On each side of the canal are homes built during the golden years when wine was king, and the village provided a pivotal point for goods moving to and fro. A visit to the local museum - Musée de Vieux Salleles - is informative of the tools, crafts and life styles of the times past. The museum is open May 1 - Sept 30 on Tuesdays between 14.00 and 18.00 or telephone 04 68 46 95 53 if there is more than 10 of you for a special visit. 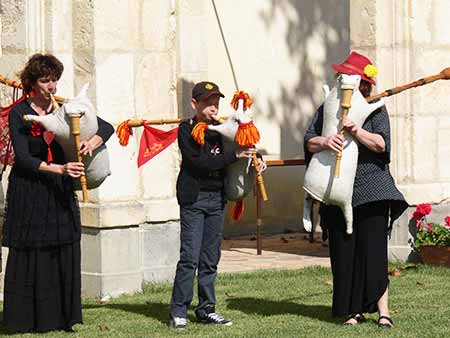 
The history of Salleles d'Aude is rich - there are the fragments of the 12 th century castle of Francoise I, that has gone though considerable change over the 100s of years.

There is the "La Calvaire" a 19th century religious memorial, with chapel, built to memorize 3 children who died by their mother Sophie Viramont. The building has now has been renovated - where various events are held - including a concert for ancient bagpipes (April 2014).

There is the Chapel of St Roch, where legend has it that Saint Roch visited the village, whilst healing lepers in the region. The chapel was built in the 17th century, and is now a listed historic building - well worth a visit.

On the Canal du Midi itself, in the direction of Le Somail can be found a 3 arched canal bridge (Vauban, 1686) that crosses the river Cesse (can be good for swimming when there is water), or fisherman. Before the canal path was blocked, the bridge was a great way to drive down the canal.

Just to the south of the village of Salleles d'Aude - is the gorgeous Ecluse de Gailhousty - consisting of 2 locks, built in 1770. There is also a dry dock for repairs and upkeep of barges, boats and the like. Often on a Sunday the track that runs from the village to the Ecluse becomes a flea market - a vide grenier.

For the hungry - there are some restaurants in the village including the Michelin listed "Les Ecluses", providing good value and traditional fare, and a pizza restaurant overlooking the canal, Pizzeria La Mouche, that is popular during the Summer for its reasonably priced food. 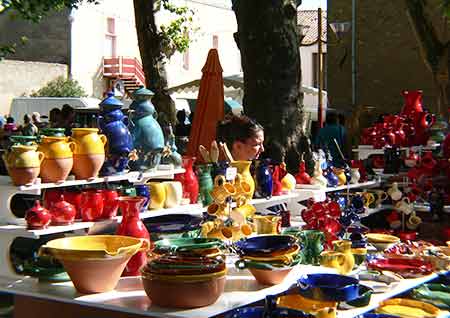 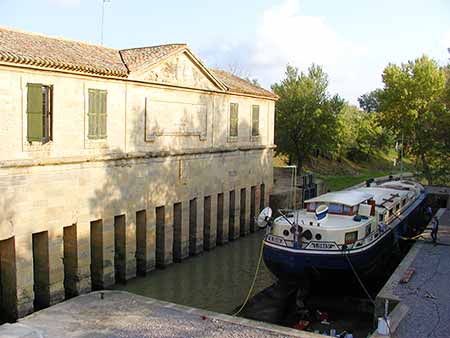 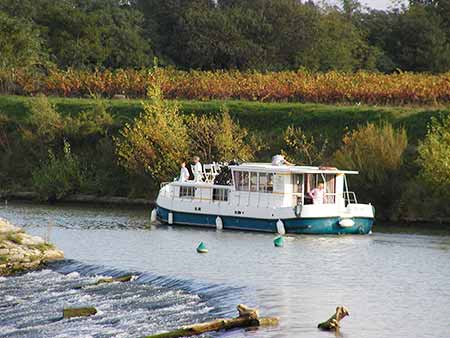 View Salleles d'Aude, on Canal de Jonction, near Narbonne in a larger map